Steve Miska, Colonel (Retired), U.S. Army, Principal Investigator – Steve Miska consults on matters of national security, since retiring as a Colonel after 25 years of service in the military. He founded Servant, Leader, Citizen Consulting, Inc. His last assignment was teaching three years as the Army Chair at the Marine Corps University. He has taught at both the undergraduate and graduate levels.  Previously, he served in the White House as a Director for Iraq on the National Security Council. He has published numerous articles, most recently on protecting local allies during conflict.  His research has spanned interests like spouse career satisfaction and its incidence on junior officer attrition in the Army, radicalization as it relates to ISIS, and protecting soft networks. He earned top academic honors as a Counterterrorism Fellow at the College of International Security Affairs and has taught national security at Marine Corps War College. He has spoken on Iraq based threats at the Defense Intelligence Agency, RAND, and numerous media outlets and think tanks. He holds degrees from Cornell University, National Defense University and the United States Military Academy at West Point.  He also serves as an adviser to several nonprofits, including the Global Peace Foundation, No One Left Behind, International Refugee Assistance Project, and the i5 Freedom Network. His professional recognition includes three Bronze Star Medals, a Department of State Superior Honor Award, and three consecutive nominations for the Rose Teaching Award as outstanding military faculty at Marine Corps University. He is a member of the Pacific Council on International Policy in Los Angeles and is currently writing a book about helping interpreters flee sectarian violence in 2007 in Baghdad. 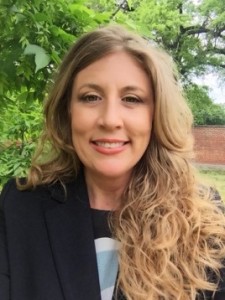 Jamie L. Haag, Director of Research –  Jamie joined the Project to Strategically Protect Soft Networks in March 2018. As the Director of Research, she focuses on project management, cultivating partner relationships, mentoring and guiding the research team. She currently works in the Federal sector on matters related to Labor-Management Relationships and Alternative Dispute Resolution. Previously she worked in Joint Professional Military Education, where she met Class of 2011 Col(Ret.) Steve Miska, serving as the International Combating Terrorism Program Manager and Women, Peace and Security Coordinator at the College of International Security Affairs at the National Defense University. Her work focused on educational training programs designed to bridge military, interagency, industry, academia, and international partners to address complex security issues and foster regional cooperation. Jamie holds a Master of Arts in Strategic Studies from the College of International Security Affairs, with a dual concentration in International Security Studies and Conflict Management, Reconstruction, and Stability Operations. 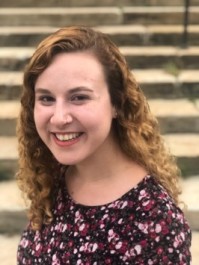 Rebecca Asch, Lead Researcher – As the project’s lead researcher, Rebecca conducts and guides SPSN’s research. She strongly believes in the importance of protecting our allies and insulating soft networks abroad, and is proud to be doing substantial research to that end. Rebecca is entering her second year as a Master’s candidate in Middle Eastern Studies at the George Washington University. She has experience in research, policy-writing, politics, and defense issues and is proficient in Hebrew and Arabic. Before joining the project, Rebecca completed an internship at the Office of the Secretary of Defense at the Middle East policy shop, focusing on Gulf affairs as well as an internship under Dr. Kenneth Pollack at the American Enterprise Institute. Rebecca is a Los Angeles native, and earned her BA at the University of California, San Diego in 2015.

Samuel Romano, Lead Researcher – Samuel (Sam) Romano is currently based at the Pacific Council on International Policy in Los Angeles, focusing on policy relating to NGOs, nonprofits, and media. He recently graduated with honors from the University of California, Berkeley with a BA in Political Science. As an undergraduate, Sam’s research focused on Eastern European security issues, including the US-Russia security implications of American military intervention in Syria. His commentary on the strategy of the U.S. after the Gulf Cooperation Council dispute appears in Berkeley’s International Relations Review. Prior to joining SPSN, Sam interned at the House Committee on Homeland Security, focusing on counter-terrorism and cyber-security measures.

Jure Erlic, Research Fellow -Jure is currently a graduate student at Carnegie Mellon University Institute for Politics and Strategy where he is pursuing a masters in International Relations and Politics. As an undergraduate student, he was primarily focused on studying national security issues pertaining to counterterrorism and counterinsurgency operations. Prior to the project, Jure had completed an internship with the Embassy of Peru in its Department of International Cooperation and Relations with the States of the Union and served as a research assistant on the Resistance Organization Leadership Database specializing on the study of Latin American resistance leaders. He is interested in either pursuing a career as a security analyst, or Foreign Service officer in his postgraduate studies.